The water bill can get pretty expensive if you have a running toilet, and it’s not environmentally friendly. Unfortunately, running toilets are a very common plumbing fixture problem. But thankfully, fixing the problem isn’t difficult because there are only a few reasons why your toilet might be running.

Short-Term Solutions for a Running Toilet

You can use a number of short-term solutions to stop a toilet from running until you can come up with a more long-term solution. If you have a system under the tank that uses a ball to shut off the water, you might need to prop the ball up. Otherwise, a very simple solution, if you have more than one toilet, is to shut off the water to that particular toilet and avoid using it. If both of these options don’t work but you’ll have help in fixing your toilet within the next few hours, you might choose to turn off the water main to the house. This shut-off valve will usually be located in a utility closet or somewhere in the basement.

There are a few common reasons that your toilet might be running, including a float height that’s set too high. When the water line is too high, the excess water will fall into the overflow tube and into the bowl below. When this happens, the toilet thinks that it needs to constantly refill the tank even though it’s already too full.

How to Adjust the Fill Line

You want the fill line to be set at a height that will let the tank fill enough that you get enough pressure to empty the contents of the bowl when you flush. If it’s set too low, there won’t be enough water in the tank to create a strong flush, which will result in a clogged toilet or contents being left in the bowl after you flush. If the water line for the tank is set too high, you’ll have a running toilet. If you’ve figured out that the fill line is too high, the remedy is fairly simple.

There are two basic types of floats that are used to tell the toilet when the tank is full: the column float and the ball float. The column float is a cylindrical column that is lifted when you push down the flush handle and settles back at the bottom as the tank gets about halfway full. There’s also an arm that detects that water level and slowly rises until it reaches a certain point. The ball float works on somewhat of a similar concept except that there’s a ball that floats on the surface of the water and shuts off the water flowing into the tank when the ball causes the arm to rise to a specific level.

If you have a column float, there will be a cup that moves up the column as the tank refills with water. To adjust the water level, you need to adjust the screws on the side of the column to a lower height. If you have a ball float, which is less modern but still somewhat common on older toilets, you need to bend the arm that’s attached to the ball. To make the water fill line higher, bend the arm up. To make the water fill line lower, bend the arm down. It’s possible to over-adjust on both the column float and the ball float, but both styles were made to be adjusted many times, so you don’t need to worry about making a mistake during this process.

A leaking flapper can cause a running toilet. Because the flapper is usually made with a rubber material, it can begin to get hard and brittle over the course of about four to five years. This is one of the more common reasons that your flapper might not make a proper seal, and you’ll be able to tell that you have a bad flapper because you’ll either hear the water constantly running or because you’ll hear the toilet occasionally flush on its own because the seal isn’t tight. Eventually, the tank will need to refill as the water slowly flows out of the tank.

How to Fix a Leaking Flapper

Thankfully, fixing this problem is fairly straightforward. Just replace the flapper if you feel it and notice that it’s brittle or not aligning with the hole that it’s supposed to cover. The flapper needs to be removed from the chain and detached from the pins on the side of the overflow tank. Then, you can put the new flapper on by attaching the pins and chain. Alternatively, you might have to attach the new flapper to the lugs on the side of the overflow pipe. It simply depends on the type of overflow pipe that you have. As a note, you should drain the tank before removing the old flapper because working in an empty tank will make the process easier. To drain the tank, shut off the water supply valve. Then, flush the toilet.

A refill tube that is too long or isn’t positioned correctly can cause a toilet to run. If this is the problem, water flows into the downpipe, where it will flow into the bowl. This will usually be a slow leak, but it will often cause the tank to refill after 15 minutes to half an hour as the refill tube pulls water out of the tank and into the bowl.

How to Adjust the Refill Tube

To fix this problem, just shorten the refill tube so that it isn’t hanging too far into the downpipe. To shorten this, cut it off so that it has enough length to reach the top opening of the downpipe but not enough length that it hangs down into the downpipe. A sharp utility knife will work when you hold the tube against a hard, flat surface. As a word of caution, don’t cut off too much. While a refill tube isn’t expensive to replace if you accidentally cut off too much, a refill tube that’s too short won’t reach the downpipe, so it won’t be able to fill the bowl. It’s best to cut off a small amount, check if it works well at that length, and cut off more if it’s still too long.

If your toilet is running and you don’t know how to fix it, you can call a plumbing company in to do the work for you. Whether you have a simple repair or need some more expert services in the Sacramento, Elk Grove, and Yuba City areas, talk to us about all of your plumbing needs. At Huft Home Services, we know how to solve a variety of plumbing-related issues, including fixing running toilets. We also work on pipes and other plumbing fixtures, heating systems, cooling systems, and electrical systems. Give us a call today. 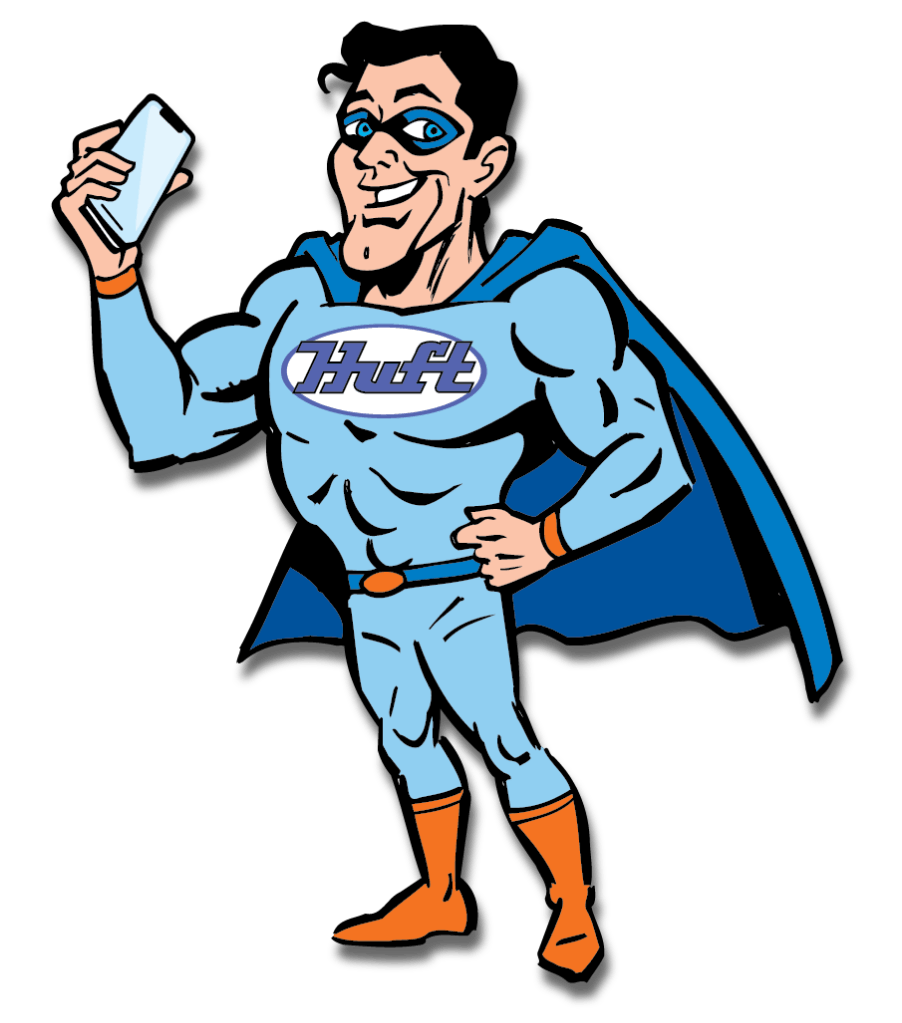